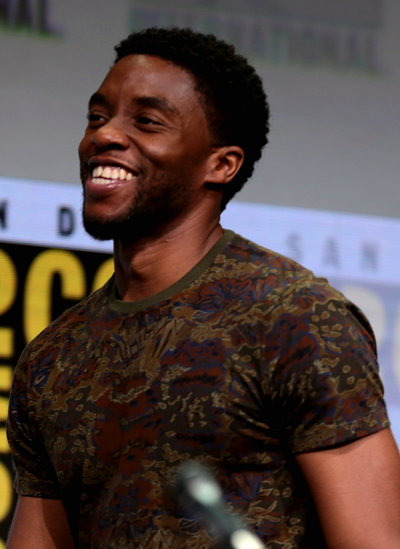 American actor Chadwick Boseman, who had achieved ground-breaking success with his acting in King Black Panther movie, died on 28 August 2020 due to colon cancer. He was just 43 years old. He was diagnosed with stage 3 colon cancer in year 2016. He was struggling with the disease for the past 4 years since he got diagnosed with it.

His role as King T’Challa in Black Panther gave him a status that was never before acclaimed to any superhero.

Here is everything you need to know about the cancer that took Chadwick’s life:

Chadwick was diagnosed with stage 3 colon cancer in 2016. According to his family, had been undergoing surgeries and chemotherapy for the past four years. His death puts spotlight on dreadful colon cancer disease and its symptoms.

Colon cancer occurs when healthy cells surrounding the rectum or colon start to divide uncontrollably and forms a tumour. These tumours can be benign, malignant or non- cancerous. These tumours have tendency to  spread into surrounding area and move on to stage 4 colon cancer as it happened with Chadwick.

Regular colon cancer screenings plays important role to recognize the signs and symptoms of colon cancer in early stage and to decrease death rate. It has been observed that, regular screenings have saved  55% of deaths due to colon cancer.

The signs and symptoms of colon cancer are:

·       A persistent change in your bowel habits, including diarrhea or constipation or a change in the consistency of your stool

·       Persistent abdominal discomforts, such as cramps, gas or pain

·       A feeling that your bowel doesn’t empty completely

Read: Early warning signs of colon cancer that you should not ignore

You have a higher risk for colon cancer if you:

Colon cancer treatment may include one or more of the following therapies:

Surgery is the most usual treatment for colon cancer, especially if it has not developed. As for many cancers, surgery for colon cancer is most successful when done by a cancer surgeon with a great deal of knowledge in the procedure.

Polypectomy: A colonoscopy, which is a large tube with a camera on the end, is entered into the rectum and guided to the polyp. A tiny, scissor-like device or wire loop removes the polyp.

Colectomy: The region of the colon where the cancer is, along with some healthy surrounding muscle, is removed. The associated lymph nodes are removed and looked at under a scope. Usually, the doctor then rejoins the sections of the colon. This operation also is called a hemicolectomy or partial colectomy.

Prolife offers the most up-to-date and effective chemotherapy choices for colorectal cancer. Drugs are given by mouth or intravenously

Targeted therapy targets cancer’s specific genes, proteins, or the tissue conditions that add to cancer growth and survival. Targeted therapy blocks the increase and spread of cancer cells while restricting the damage to normal cells.

Radiation therapy uses strong energy sources, such as X-rays and protons, to kill cancer cells. It might be used to withdraw large cancer before an operation so that it can be removed more quickly.

When surgery isn’t an option, radiation therapy might be used to reduce signs, such as pain. Sometimes radiation is mixed with chemotherapy.

Dr. Sumit Shah and his team strives to provide most advanced care to patients. Our globally renowned team of cancer specialists offers you best effective treatment for the most benefit while reducing the impact on your body. We offer the best Laparoscopic surgery treatment for cancer treatment also chemotherapy and targeted therapy options. Contact Dr. Sumit Shah to get cancer related health information, ask questions, get second opinion, read patient testimonials or schedule an appointment.